WRIGHT-PATTERSON AIR FORCE BASE, Ohio – An Air Force Research Laboratory senior systems engineer who has performed combat systems’ engineering, technology integration, and program management as a federal civil servant for the Air Force for eight years, following 30 years of flight operations as a military officer has been selected to receive one of industry’s most important honors in science, technology, engineering, and math. 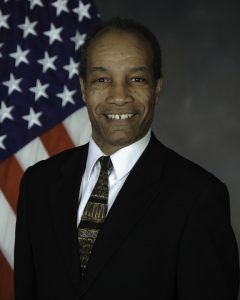 Price has been a researcher at the Aerospace Systems Directorate since May 2014, where in addition to his technical work, he places priority on the next generation of engineers, serving as the AFRL University Representative for Cedarville University, recruiting at career fairs and providing mentorship to students.

“We live in a great country with many opportunities to serve,” Price said. “I have been fascinated with aviation ever since I was a young child. My parents were always buying me flying toys, and in the late 60’s, the Apollo program fueled my interest in flight. I’m grateful to all who allowed me to participate in the process,” he said.

Price’s distinguished career of accomplishments has yielded many advancements in AFRL research.

“Walt has been a practitioner in the complex field of scramjet propulsion for much of his career, including his time on active duty,” said Col. Timothy West, deputy director, aerospace systems directorate. “He has directly enabled the pursuit of hypersonic (Mach 5+) speeds for aerospace vehicles. As hypersonics has received greater national interest, it’s rewarding to know that stalwart researchers like Walt were able to foresee the benefits of their technology and find ways to transition their work to industry and other federal agencies. This award is as much a commendation of Walt’s outstanding service as it is a forebear of new capabilities that Walt has shepherded from its infancy. The directorate is extremely proud of the work that Walt and his team have done to protect America’s competitive edge in hypersonics,” West said.

This year’s conference theme, “At the Intersection of America’s Future,” reflects the important place that BEYA has and will have in the efforts of diversity in the workplace.

For more than 30 years, awards presented at the BEYA STEM Conference have honored excellence in STEM and underscored the serious under-representation of minorities in STEM and at senior levels in all disciplines. Employers committed to inclusion have chosen the BEYA STEM Global Competitiveness Conference to exchange best practices and strategies on how to promote and retain diversity in scientific and technical fields.

During this time, the BEYA STEM Conference has been a leading event for professional development, networking, and providing a resource for minorities to feel empowered. For more information about the 2019 BEYA STEM Global Competitiveness Conference, visit www.beya.org.

This article originally appeared at https://www.wpafb.af.mil/News/Article-Display/Article/1683679/afrl-engineer-to-receive-2019-beya-stem-global-competitiveness-conference-award/